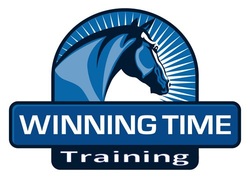 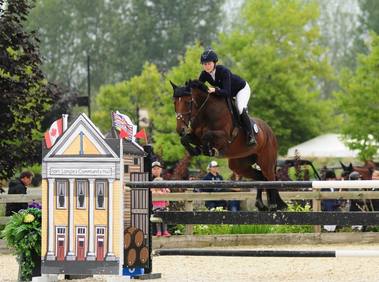 Coradina Z (Cardento x Kannan). Zangersheide mare, 2011. Coradina Z joined Winning Time in May 2018 from France where she completed her 5 and 6 yr old seasons with Haras du Ry. Photo of Zoe and Cora in $10,000 Winning Round class at Thunderbird, August 2018. Video of 6yr finals in Lier CSI**

Fahrenheit (Calypso d'Herbiers x Rabino), Selle Francais, 2015. Fairy is our four year old home-bred mare out of our beloved Rosalie (still sound and in work at age 25). Fairy went to her first two shows in 2019 newly under saddle - High Desert Classic where she ribboned in her first show rounds at 2' and moved up to  0.85m. Covid complicated show ring progress in 2020, but she came out in April 2021 and went into the open 1m with a win. We're looking forward to building her toward the bigger jumps as had been planned for 2020. On top of being athletic, this girl is super sweet and easy on the ground. Look for her in several of Irideon's catalog photos! 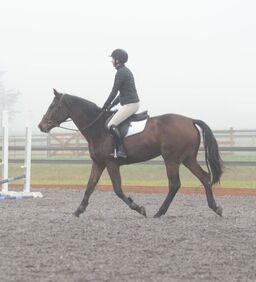 SOLD: Homebred Cascara Z is now sold and in training at Equestrian Performance. We're looking forward to cheering Cassi on at shows in upcoming seasons.

Cascara Z. 2016 filly. Zangersheide. Bay with star & strip (Eegg). Sire: Cancara (x Cassini I); Dam: Heidewolke. XX/OX rate: 37%. Dob: 5/2/16. Cassi was born bold and unafraid of the world. She was started under saddle in fall 2019, and soon after went to her first show where she competed in her usual relaxed way.

Leased: Homebred PDQ Z ('Pixie') is leased and in training at Pax Diem. We hope to see this fun mare in the showring soon.

PDQ (Mezcalero), Zangersheide, 2015. Pixie is another home-bred mare out of Amy Wiles' wonderful mare Micaela, and sired by Mezcalero (video: actual competition footage starting at 1:48). Pixie was just started under saddle in April 2019 and is a quick study who is willing and brave. She's the bay in the photo jumping. 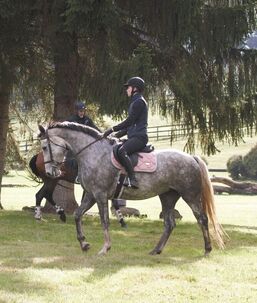 Quickstead: 2016 homebred filly.  Belgian Warmblood. Chestnut going gray (eeGg); blaze and three socks plus half coronet. Sire: M Hooligan DG (x Hickstead). Dam: Rio's Rhapsody. Dob: 6/5/16. Her sire is young, but jumped the 6yr old classes well in 2019. Her mother jumped 1.5+ meters and was selected for a Nations Cup team. Her grandmother jumped to the high JrAm level (1.4m+), and grandsire Hickstead is well-known and missed by all in the horse world.  Pedigree
Leased: Alboretto Wonderland (Mr. Blue x Grannus x Zeus). Belgian Warmblood, 2000. Albi is currently on lease. Albi was Zoe's first Grand Prix mount. He has the same sire as 2011 World Cup winner Plot Blue and 2013 winner Simon. He has a lot of ego, but is fun in the ring as long as he receives proper admiration!
Deceased: We are devastated to share the news that we lost Cori to an impacted small colon after an insect sting received during the Early Summer Classic horse show in 2016. He was rushed to OSU and into surgery but his colon ruptured during surgery. We miss this wonderful horse immensely and no words can express the role he played in our lives for four years. He was as sweet as he was scopey. Farewell, dear Cori.  Core Lejo (Contender x Lord x Landgraf I). Holsteiner, 1999. He has a unique jumping style with tremendous scope. At his first show he won the 4-bar, easily clearing 1.70m and had no competitors to further test his scope. He's super sweet and no drama. Pedigree
Previously Owned Horses:
Urian (Concorde x Aramis x Burggraaf). KWPN, 2001. We had Urian from the time he was 7 and Zoe 12, and he took Zoe to her first equitation finals win when she was 12, and her first 1.25m class when she was 13 (double clear!). We miss our kind big-eared boy!

Triple Crown (Ixion x Waterman x Zilverstar). KWPN, 1999. We bought this handsome boy when Zoe was 11 thinking he would be her children's jumper and eq horse. Turns out he loved the hunters and qualified for the national junior hunter championship their first two shows doing junior hunters.
Cappadocia, Irish sporthorse, 1993. What can we say about this amazing horse that started it all? We had him from when Zoe was 9 to 11 when she outgrew him in a crazy growth spurt. He was so fabulous with her all the way from the scared-to-canter days to her first 3'6" jumper class when she was 10 yrs old. He did pony club on the side, as well as team penning, trail rides, and kept her safe every step of the way.